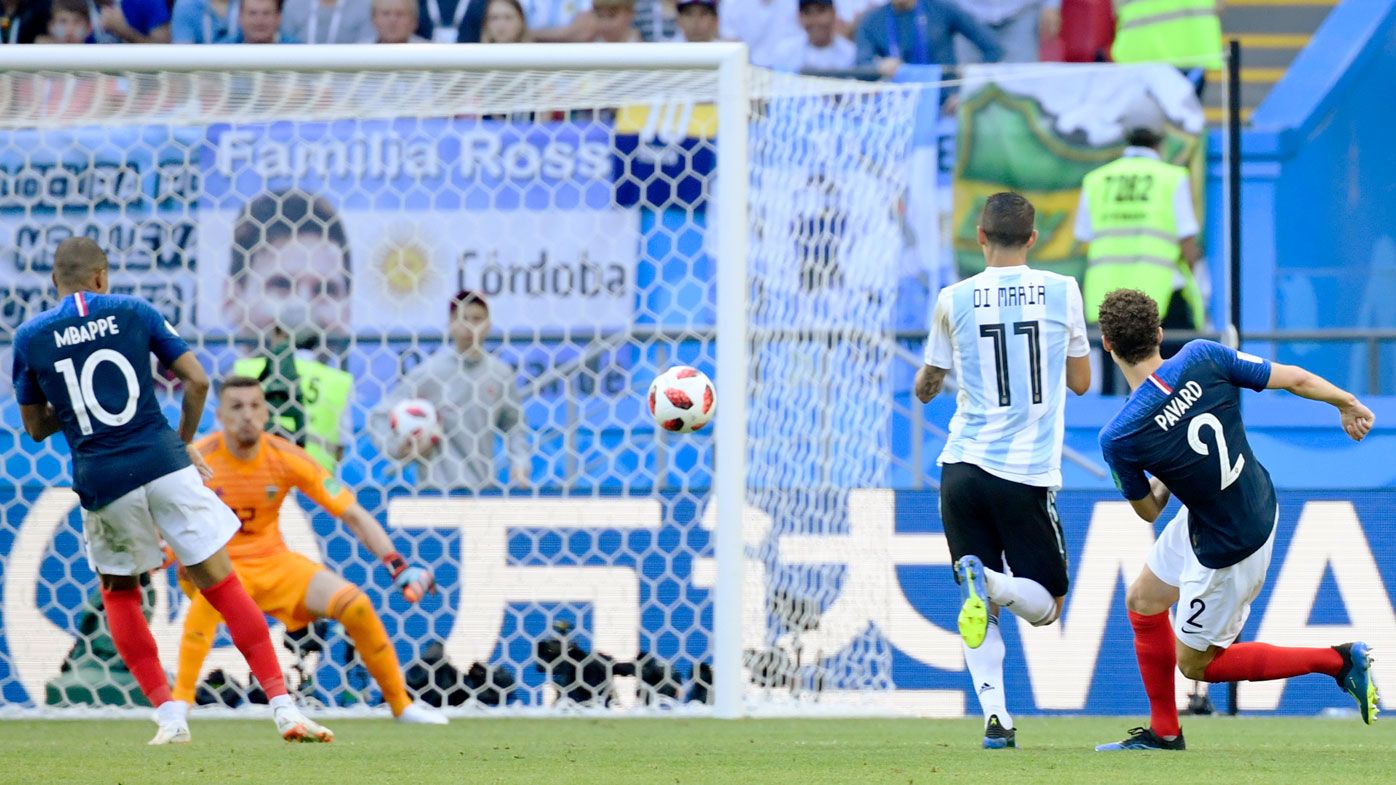 It was announced by FIFA on Wednesday that France’s Benjamin Pavard playing right full back won the best goal in the just concluded tournament.

The 22 year old defender who plies his trade with Stuggart I’m Germany lashed onto a left- wing cross from his teammate Lucas Hernandez with a powerful volley, into the top corner of the goal post, eventually leveling France to a 2-2 margin with Argentina in the 57th minute .

France eventually won the match with scoreline at 4-3, subsequently beating Croatia in the final on July 15 to lift the trophy .

Pavard’s goal won lead the vote from a total of 169 goals recorded in the tournament, seeing off competition from simialry impressive efforts of players like Juan Quintero of Columbia with a free kick against Japan, as well as Luka Modric’s goal in Croatia’s group stage thrashing of Argentina.