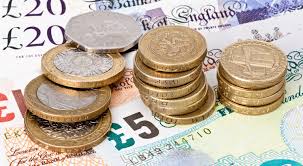 The International Data Corporation (IDC) in a report has it that with an edge of 5.3% against 2018, consumers’ tech expenses will clock an estimated value of $1.69tn. The edge over last year is influenced by emerging technologies including AR/VR headsets, drones, on-demand services, robotic systems, smart home devices and wearables, out of which three-quarter will be expended on traditional technology globally. On a five-year (2019-2023) compound annual growth rate (CAGR) of 5.1 per cent, IDC noted that consumer expenses on traditional and emerging technologies will survive market forces, reaching $2.06 trillion in 2023. During the forecast period for the CAGR, more than 70% of the expenses will be represented by communication and entertainment since they will be the two widely used case. Also, analysts at IDC noted that more than half of the CAGR expenditure is covered by voice and data services, followed by mobile and computing devices. Based on the fact that “Convenience” thrives on technological advancement and development, Research manager at IDC – Stacey Soohoo said, “Ranging from consumer robots for household cleaning and maintenance to smart lighting or home security/monitoring systems, connected consumers are adopting these solutions in their homes and everyday lives as they go through their own digital transformation. Emerging technologies including wearables will make a five-year CAGR of 13.2 per cent, which will be a determine how it will capture almost one-third of total expenditure by 2023. As forecasted by IDC, smart home devices and on-demand services would represent for roughly 90 per cent of emerging tech expenses. With $412 billion forecasted expense in 2019, The US will be the largest geographic market, and with China second inline for a forecasted of $328 billion, while the third largest market with estimated spending of $227 billion is Western Europe. According to research, “Entertainment spending will be dominated by watching or downloading TV, videos and movies, as well as listening to music and downloading and playing online games. The use cases that will see the fastest spending growth over the forecast period are augmented reality games (136.3 per cent CAGR) and virtual reality video/feature viewing (47.3 per cent CAGR)”. Oct 14, 2019