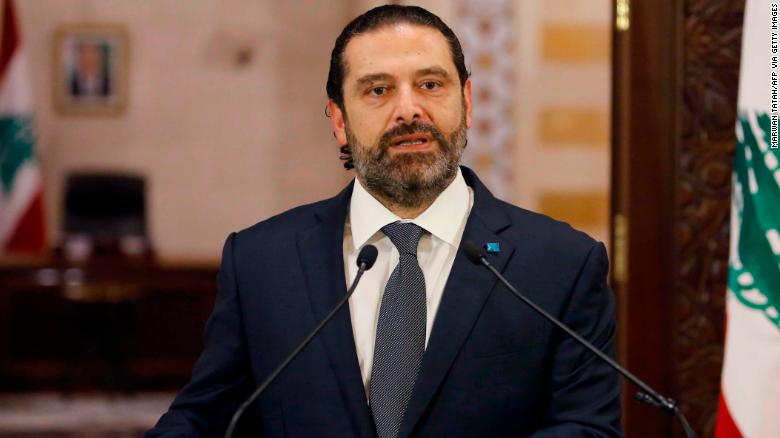 Lebanon’s embattled Prime Minister Saad Hariri said he will send the resignation of his cabinet on Tuesday, bowing to the pressure of a mass protest movement that has paralyzed the country for almost two weeks.

“I am going to Baabda Palace to submit the government’s resignation to the president,” Michel Aoun, he said in a speech on television.

Hariri said his choice was “in response to the will of many Lebanese who have taken to the streets to demand change” in what he called “historic” fights.

“Posts come and go, what matters is the safety and dignity of the people,” Hariri added.

Before holding talks at the presidential palace in Baabda, it is unusual for a prime minister to announce the resignation of his cabinet.

The sudden resignation— the third by Hariri in his career— will restart parliament’s complicated task of forming a new government if the president accepts it.

It would also mark the most significant victory by protesters who have been demanding political change on the country’s streets since October 17.

The key demonstration square in central Beirut burst into cheers after the declaration, less than an hour after the area was invaded by counter-demonstrators and protesters were assaulted.

“Saad Hariri is only the beginning,” stated one protester shown on local television.

“We will continue” until others resign, he said.

The national cross-sectarian protest movement calls for a reform of an incompetent and corrupt political class.

The political leaders of Lebanon looked shell-shocked, simultaneously trying to express sympathy for the largely peaceful demonstrations and warning about anarchy in the case of a power vacuum.

Hariri had proposed a series of economic reforms to stabilize an economy that has been on the brink of collapse for months in an effort to appease the protesters.

But the demonstrators accused the political elite of trying desperately to save their positions and held to their calls for fundamental, systemic change.

Unlucky Osaka forced out of WTF after injury heartbreak in second year.