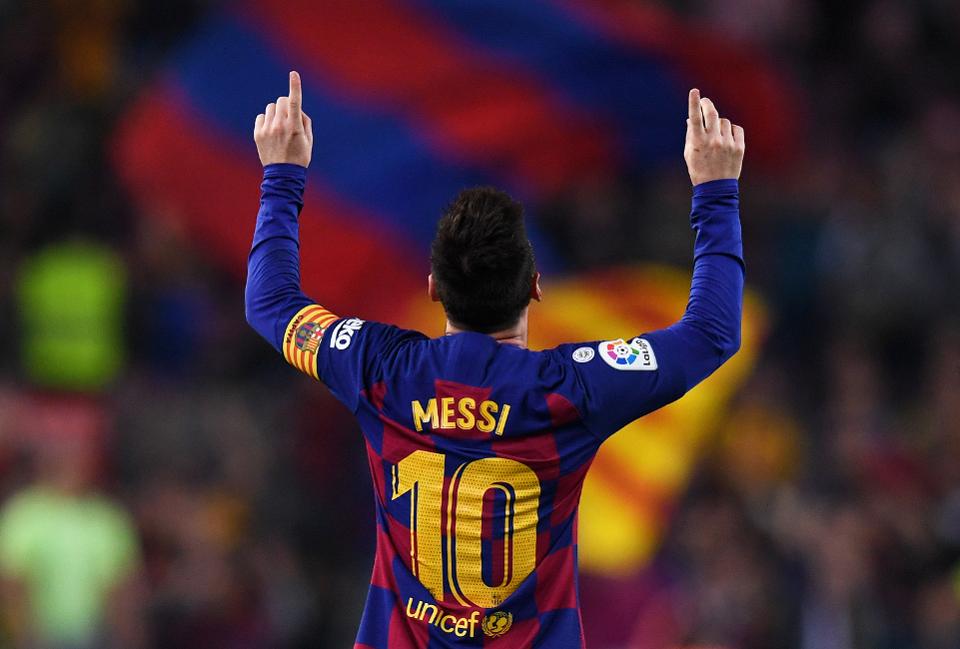 Messi produced a superb display with a brace and two assists Barca moved top of the La Liga table on Tuesday.
The Argentine captain set up Arturo Vidal with an beautiful pass, subsequently scoring a stunning free-kick which was the 50th of his career for club and country before half-time in front of home fans.
Messi scored his second goal in the match after the break and the five-time Ballon d’Or winner set up team-mate Luis Suarez as Barca climbed confortably edge past Atletico Madrid to number one spot on the table.
“What else can be said about him? I’ve run out of words,” Valverde told reporters. “We always know that he will appear, whatever the match.

“His talent isn’t comparable to anything; the reality is that every time he touches the ball, something special happens. I just don’t know what to say.” An elated Valverde said.
Although Clement Lenglet’s had his second-minute opener cancelled out by Valladolid’s Kiko Olivas 13 minutes later, Messi was able to inspire Barca against the visiting team.
The league leaders are now two points clear of both Granada and Atletico Madrid, with Atletico having layed an extra match due to the postponement of El Clasico last weekend.

Tips On How To Go About Web Hosting

Test for Pepe to justify Arsenal’s decision of his signing against Crystal Palace’s Zaha.