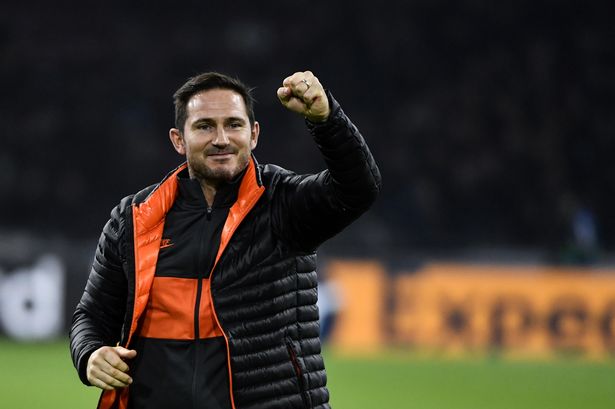 Frank Lampard says he has no plan to warn Callum Hudson-Odoi against diving attitude after the blues young star was booked against Burnley for the act.
A VAR intervention mandated Hudson-Odoi being penalized for the act after initially being awarded a penalty after tumbling in the Burnley box-18 during Chelsea’s 4 – 2 win on Saturday.
In his unimpressed view about the incident, Burnley boss Sean Dyche was critical of Hudson -Odoi, describing it in his words “shambolic how people just dive all over the place ”, while adding that it was worse because it involved a young player.
Yet the blues head coach Frank Lampard was adamant in his interview that the 18 – year -old did not dive, as such doesn’t warrant any form of disciplinary action from him.
“Nothing , I ’ve said nothing . I didn ’t feel the need to ,” replied Lampard when asked what he had said to Hudson – Odoi.
“I asked him on the day of the game , straight afterwards , after my press , he said he got a touch.”