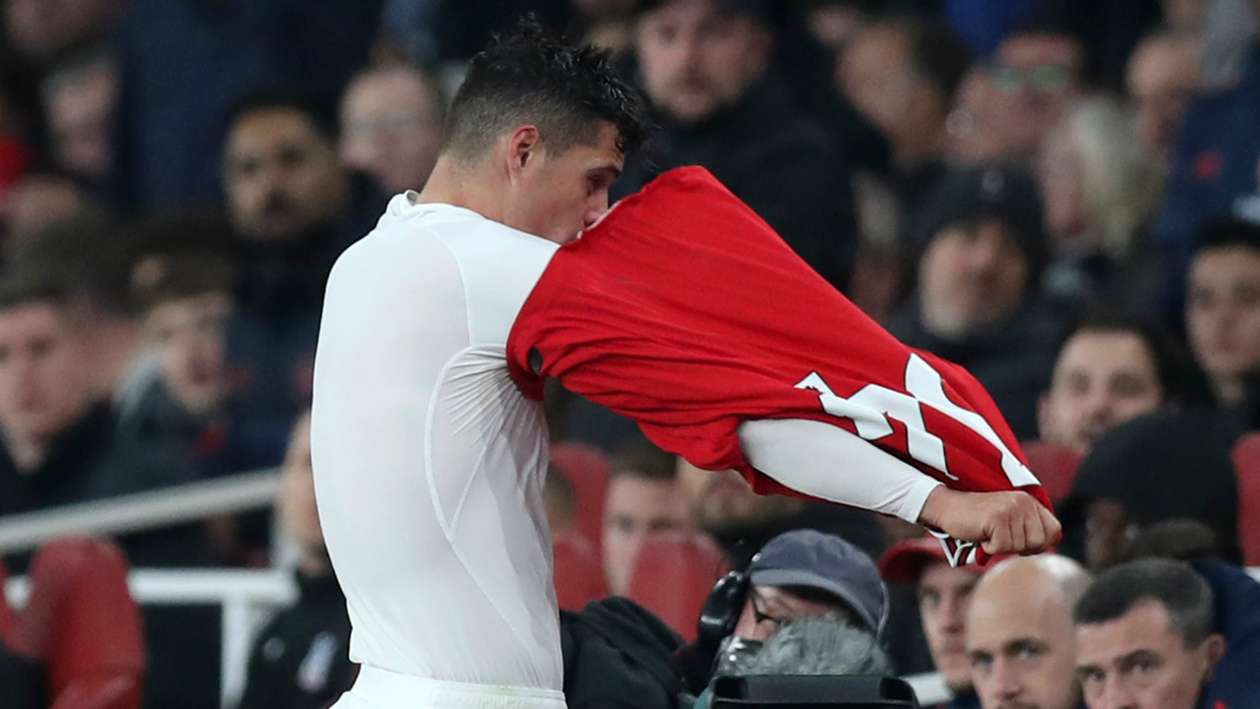 Former Arsenal Defender, Martin Keown has stated that, the Arsenal boss should be partly blamed for picking the Swiss international as captain of the gunners. He further suggested the role should be given to Aubameyang.
During Sunday’s 2-2 draw in the Premier League with Crystal Palace, the midfielder immediately took off his shirt after being substituted. He had earlier on threw his arms in the air, cupping his ears to what seem like an offensive gesticulation towards the home crowd.

Following a barrage of criticism amid calls for the stripping off of the captaincy from Xhaka, Keown believes the Gunners boss must take part in the blame.
Keown explained that it was not the first time that Xhaka was booed by the fans. He recalled it happened on September 22 against Aston Villa. The fans booed Xhaka as he was substituted. The score was 2-1 at that time in favour of Villa. With Arsenal down to 10 men, they still won the game 3-2 without Xhaka. The Gunners boss named Granit Xhaka as captain, five days later.
Keown also faulted Emery’s method of letting the players choose their own captain as he believes it would only make choosing a skipper as a popularity contest and not based on leadership quality possessed by a player. He believes the safest bet is Aubameyang captain the Gunners for now.

Xhaka has remained mute after the unpleasant scenes he displayed on Sunday. Arsenal vice-captain, Hector Bellerin has however aired his support for the embattled Swiss midfielder as he took to social media.
Unai Emery is set to speak on the issue on Tuesday ahead of the Carabao Cup clash against Liverpool.
There are no clear indications as to the Gunners boss plan to rest Xhaka against Liverpool.

To Educate Good Residents, We Need More Than The ‘New’ Civics