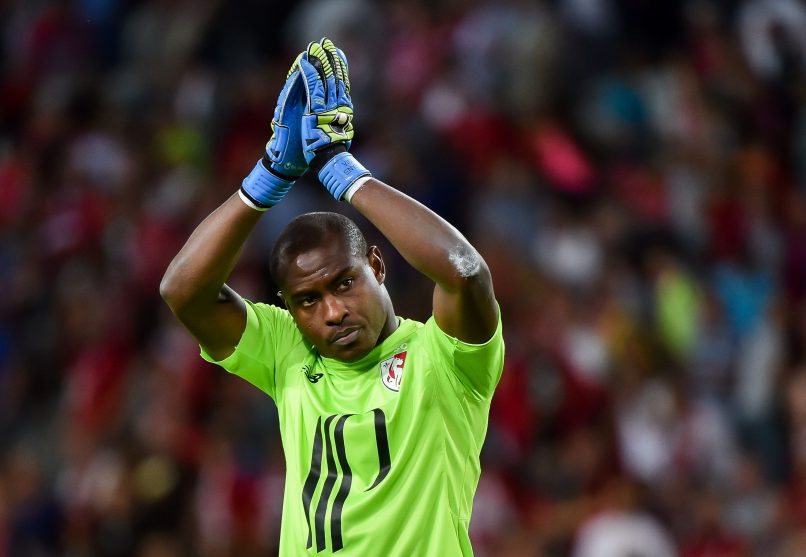 Ex-Nigerian international Vincent Enyeama explained how Zlatan Ibrahimovic described him as a ‘Black Mamba ’ whenever Paris Saint Germain faced his then team, Lille.
Enyeama played against Ibrahimovic’s PSG eight times, with his team Lille unfortunately couldn’t record a victory against the Swedish giant’s side ( five losses and three draws) conceding 16 goals .
The 36 -year old was also in goal for Lille as they lost 2 -1 to PSG in the Coupe de la Ligue final in 2016 .
“Unfortunately , I never had a word with Zlatan on the pitch , you wouldn ’t believe that ,” Enyeama told Get French Football News .
“We had chats off the field , but before a match against PSG, he used to call me Black Mamba .
“Like ‘Oh , Black Mamba , you are here again ? We are going to deal with you today and I will say ‘ ok ’ with a smile .
“We used to joke off the field , but on the pitch , he never said a word to me .”
After spending about seven years with the club with over 164 appearances for the club, he was released by the club in August, 2018.

Top Reasons Why Athletes Should See a Sports Medicine Doctor

NCC Claims The Country Is Set For 5G Tech