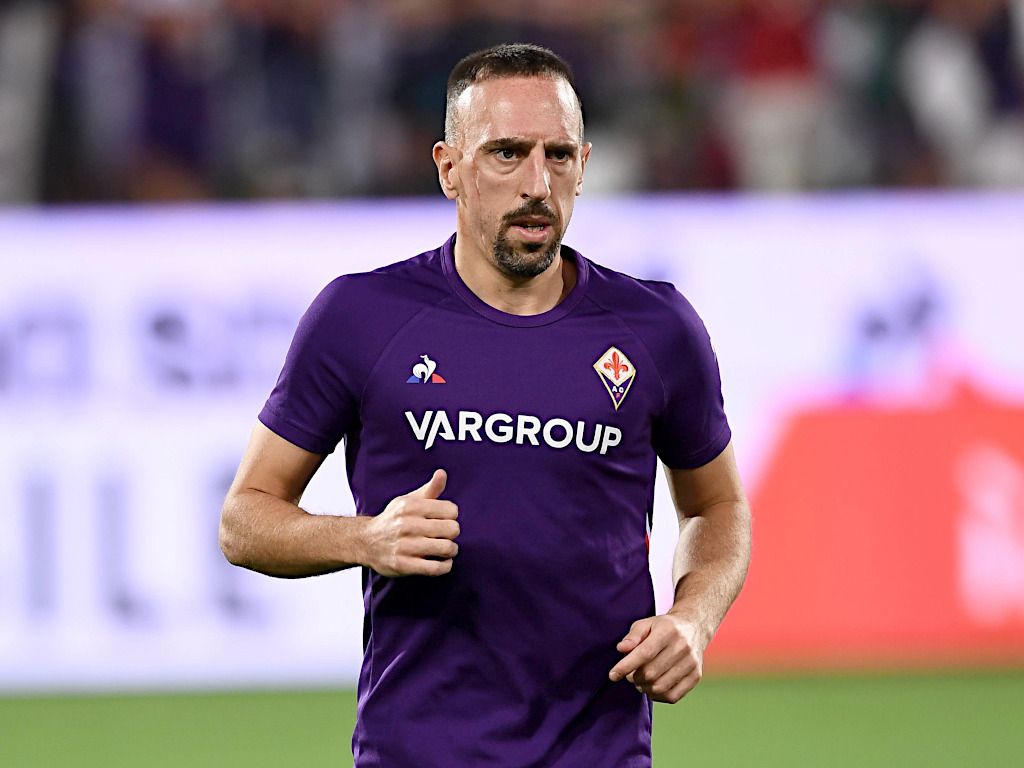 One of Fiorentina’s new season signings Franck Ribery could face a lengthy ban for several games in Italian top flight football after being caught pushing a linesman on camera, following his side’s 2-1 loss to Lazio.

The former France international winger had provided the assist for Fiorentina’s 27th-minute equaliser, but completed the rest of the match on the bench as Lazio scored a controversial late winner to seal the victory.

In the process of Ciro Immobile’s 89th-minute header, Fiorentina players made furious claims that they deserved to be awarded a frick kick but the referee ignored continuing which was assumed to the the cause of Ribery’s agitations after the final whistle.

Caught on camera in a heated conversation with one of the assistant referees, Ribery is seen pushing the official twice before being dragged away by a Fiorentina staff member.

Officials of Seria A eventually confirmed that Ribery was penalized with a post-match red card for the contact and now faces a long-term suspension.

Indications suggest that minimum of three-match ban is likely to be given to the Frenchman as the Italian FA is keen on cracking down on mistreatment of referees which might see Ribery as typical scape-goat.

The star winger has had a good start to life in Italy with two goals and two assists to his name from nine appearances.
Fiorentina’s head coach Vincenzo Montella substituted off Ribery with 10 minutes to go against Lazio, and the 36-year-old French obviously unhappy about being removed.

“I thought he looked tired, maybe he was angry because he wanted to come off earlier,” Montella joked to Sky Sport Italia post-match.
“He’s a champion, I like the adrenaline and passion, he’ll have plenty of time to give his contribution. I was a forward, I know what it was like being substituted.”

The coach also showed his disappointment that Lazio’s winner was counted, and believes VAR should have ruled in their favour.

Reports claims that Madrid instructed by Bale not to publish Medical statement.