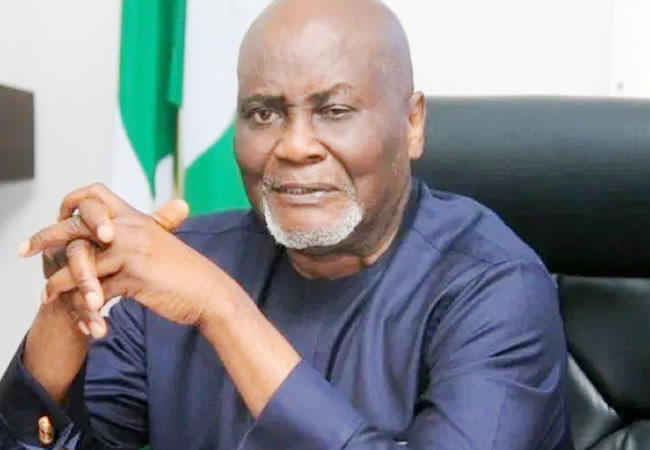 Below the primary section of the amnesty program, the Discussion board of Ex-Niger Delta Agitators referred to as on the Federal Authorities led by President Muhammadu Buhari to study the settlement signed in 2009 between the federal government and Niger Delta agitators.

Henry Bunudoudougha, Nationwide Vice President of the Discussion board of Ex-Agitators, made the decision at a gathering in Calabar with Prof. Charles Dokubo, Coordinator of the Presidential Amnesty Programme.

He requested the federal government to present this system’s beneficiaries with speedy coaching and empowerment.

He additionally urged the coordinator to handle the elimination of Ijaws who labored within the workplace and supply management coaching to all camp leaders outdoors the nation.

The group’s spokesman, Comrade Opia Joshua, had beforehand reminded Prof Dokubo and his group that it was the late President Umaru Musa Yar’Adua’s proclamation of amnesty in 2009 that elevated the manufacturing output of crude oil used to run Nigeria’s financial system.

He claimed that there was an effort by civil servants and politicians to hijack the scheme that despatched a nasty sign to the recipients of the Niger Delta amnesty and that the scenario must be dealt with holistically.

Opia urged the federal government to have a look at and implement the treaty signed in October 2009 by the ex-militant leaders and the Federal Authorities.

He additionally referred to as on Prof. Dokubo to re-constitute the stakeholders’ division of the amnesty workplace to embody camp members and nominate somebody to act as a liaison between the workplace and the amnesty programme.

Prof. Dokubo thanked them for attending the assembly in response to their ideas and promised to proceed working with them.

He additionally thanked them for his or her persistence and understanding and promised to take their ideas into consideration.