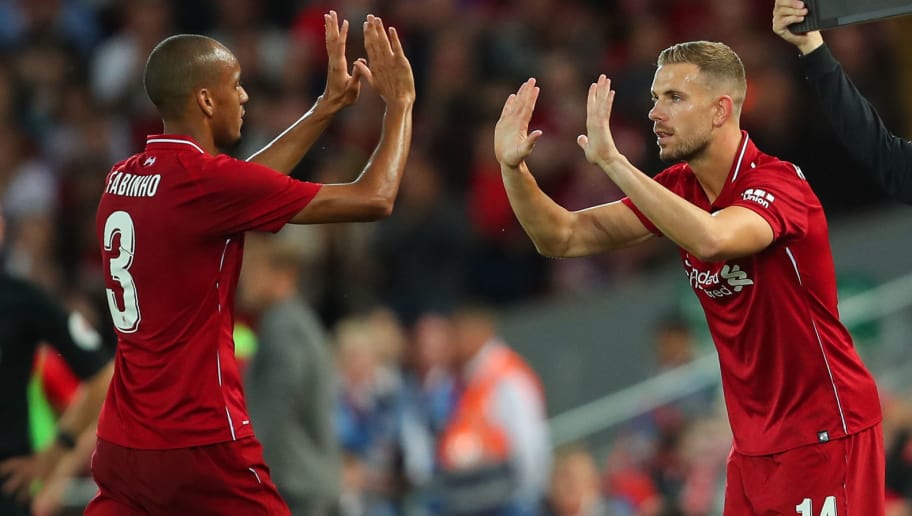 Fabinho described as perfect by Henderson as Liverpool maintain lead with six points.

The Brazilian turned displayed an incredible performance Klopp’s side defeated Tottenham at home on Sunday.
Liverpool captain, Henderson hailed the contribution of Fabinho at Liverpool and believes that the Brazilian international is the “perfect” description of a modern-day No.6.

Fabinho was one of Reds’ top performers as Liverpool restored a six-point lead on premier Premier League table with a well deserved 2-1 win over Tottenham on Sunday.

The Ex-Monaco player displayed one of his finest performances, with pink point tackles, breaking up play and dictating the playing flow with his incisive and smart passes.

It was his excellently clipped pass that brought about Liverpool’s equaliser, converted by Henderson, some seven minutes into the second forty five minutes of play, after which Henderson took time to oraise the contribution of his teammate.

“Fab has been excellent,” Henderson said. “[It was] another good performance from him, he’s so good in that position.”

“I’ve played in that position for a while and it is a tough position. He’s perfect for it; he reads the game so well and breaks the play up and starts attacks off. He’s a fantastic player and he’s in great form. Hopefully that can continue.”

Since his first Anfield goal since December 2015, Henderson was glad to record a goal on the scoresheet, especially on a day when he was restored to lead the starting XI.

Cheap cellular phone, only an alternative