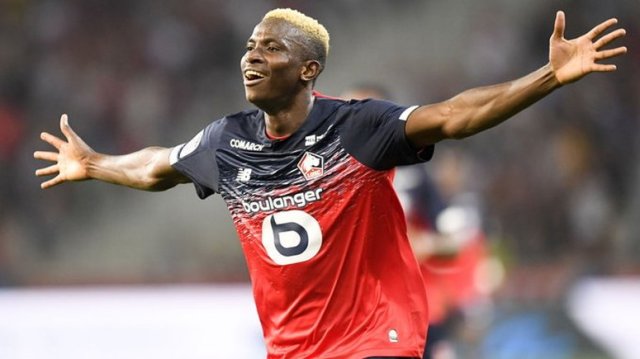 Current bundesliga champions Bayern Munich are one of the top European clubs currently tracking the performance of Victor Osimhen’s at new club Lille, claims Soccer Link. His consistent performance has gotten him a lot of attention, especially going by his brilliant start in head coach Christophe Galtier’s team this season where he has notched eight goals and bagged two assists in all competitions. The Ligue-1 second top scorer has attracted interest from Germany as the Bavarians are working on boosting their attack prowess amid Robert Lewandowski exit rumours.