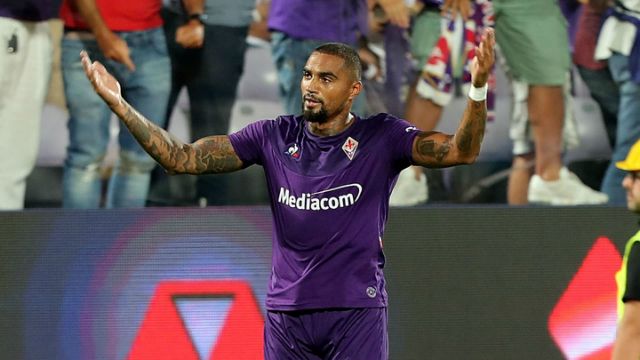 The Ex-AcMillan attacker started Fiorentina’s match on Wednesday night with La Viola to claim maximum three points against Sassuolo. KP’Boateng made an unusual Serie A start as Fiorentina defeated Sassuolo 1-2 on Wednesday night. Prior to the match, the Ghanaian had made seven appearances for the club mostly from the bench. His only previous start in Series’A was the 2-1 defeat to Genoa on match day two. The La Viola outfit had gone behind from a Sassulo’s 24yh minute lead, but levelled in the second half through strikes from Gaetano Castrovilli and Nikola Milenkovic. The experienced Ghanaian international was eventually replaced by Dusan Vlahovic after 75 minutes of play which stats showed that he managed two off-target off target shots and came close to having his name on the score sheet when he hit the woodwork once. Additionally, he also managed 35 contacts on the ball, along with 19 accurate passes that avarged a 90.5% rating. The eldest of the Boatengs also won three ground duels from a total of six, and successfully made completed three long passes. Kevin Prince Boateng is yet to record a goal since the opening 4-3 defeat to Napoli at the beginning of the season but with current form might break the jinx if similar performance can be replicated if featured when the team play against Parma on Sunday.

Improve Your Health With Natural Foods