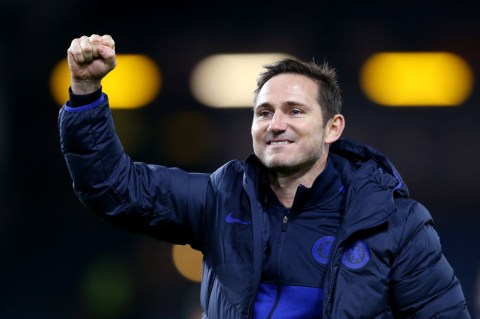 Chelsea manager Frank Lampard dispensed the wave of rumours concerning Antonio Rudiger’s fitness status, stating that he is not yet fit to return to action ahead of the Blues ’ trip to struggling Watford.
Under new coach Frank Lampard, Rudiger has featured just once after first undergoing knee surgery and then suffering a pelvic injury, bit recent reports going round this week is that he is fit and “itching to play ”.
“No, he’s not fit. I saw the quotes, whether there was a miscommunication somewhere , he’s not fit ,” said Lampard .
“He ’s going to see a consultant on Monday because he has an ongoing issue in his pelvic area which is bothering him so I was a bit surprised by the quotes. It’s a miscommunication, he s not there.”
The German defender has a tough fight ahead when he returns to full fitness as he’ll have to compete strongly against in form Kurt Zouma and Fikayo Tomori to regain his position in the first 11.