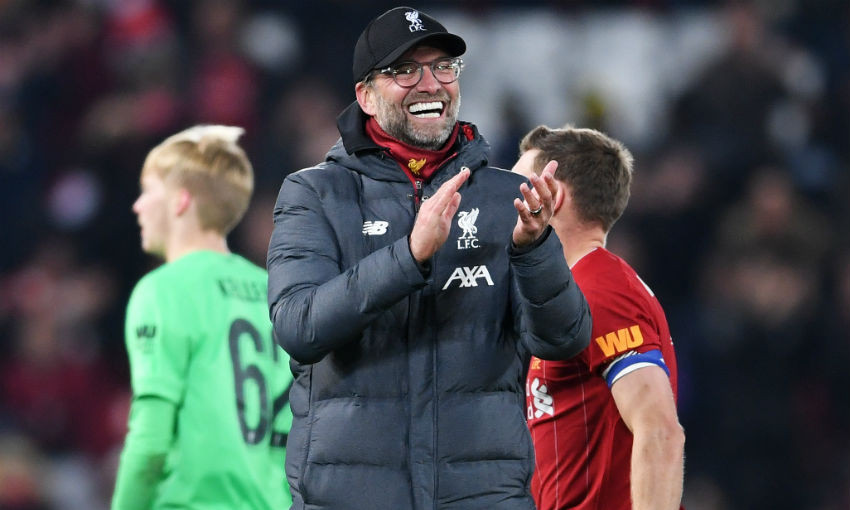 Liverpool sealed a place in the quarter-finals of the Carabao Cup after beating the Arsenal on penalties at Anfield.
Liverpool manager Jurgen Klopp was disinterested in tactics after they defeated Arsenal on penalties in an action packed fourth round Carabao Cup fixture on Wednesday.
The Mersey side outfit made 11 changes to the team that beat Tottenham 2-1 on Sunday, with the likes of Caoimhin Kelleher, Neco Williams, Sepp van den Berg, Rhian Brewster and Harvey Elliott, who happened to be the youngest player to play a competitive fixture at Anfield.
While Shkodran Mustafi’s own goal gave Liverpool an early lead, Arsenal eventually managed a 3-1 lead with goals from Torreira and Martenili who bagged a brace. By the 36th minute with scoreline eventually leading to a 4-2 lead in favour of Arsenal Liverpool, goals from Chamberlain and a brace from Origi eventually completed a memorable equaliser for Liverpool.
The Belgium international’s goals took the game into penalties, with Liverpool’s teenage Kelleher saving Dani Ceballos’ effort before fellow teenager Curtis Jones converted to send the Reds through to the quarter-finals.
While Klopp admitted his side were sloppy at some point, he says tactical approach isn’t a necessary focus on such a memorable night.
“We made some mistakes, we played some average passes,” he told Sky Sports. “We were too open at times. We can talk about tactics, but who cares on a night like this? I hoped for the boys they would have a game to remember. What they did tonight, I lost it really.”
“It’s like a dream to play for the first time at Anfield, but things might not be going right and you have to stay on track. All our goals we scored were wonderful.”
The Ex-Dortmund manager went on to credit the young players who impressed at Anfield, admitting that Jones was not planned to take the decisive spot kick.
Liveepool know who they will be paired against in the quarter-finals when the draw is made on Thursday morning.

College Programs For response procedure Are Bubbling Up