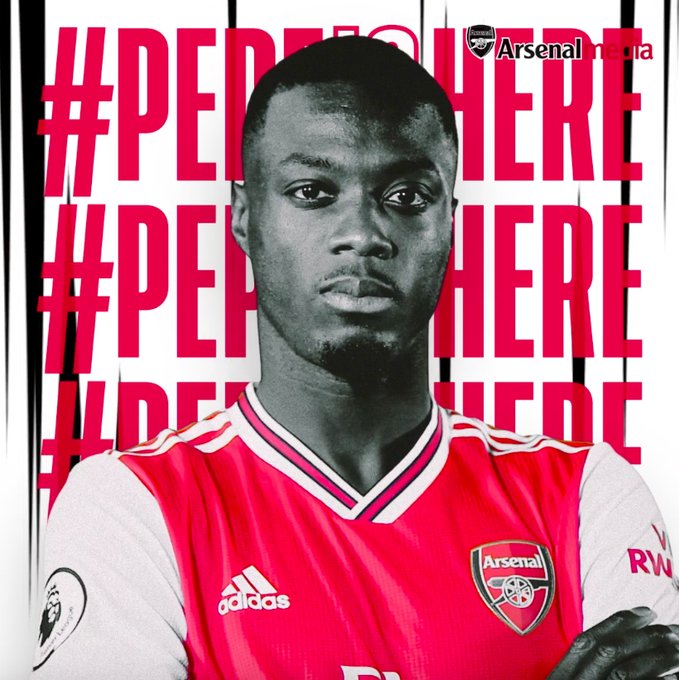 The Gunners have secured the signing of Ivory Coast international from former club Lille, who has penned a five-years contract.

The Ivory Coast international has been in England since Tuesday morning having reported to the Arsenal’s training centre at London (Colney) to undergo a medical and meet with new team-mates.

Despite a slight delay in finalising the paperwork, the signing has been officially confirmed & announced on the club’s official twitter page.

During a press release, Arsenal manager Unai Emery expressed the importance of the 24year old signing and value he’ll bring into the team.

“Nicolas is a highly-rated and talented winger who was wanted by many of the top teams in Europe,” Unai Emery said.

“Signing a top-class winger has been one of our key objectives in this transfer window and I’m delighted he’s joining”.

“He will add pace, power and creativity, with the aim of bringing more goals to our team.”

It is expected that Pepe will replicate his last season form of 22goals and 11 assists in new club Arsenal which will form a more potent attack with the partnership of Aubameyang & Lacazette.