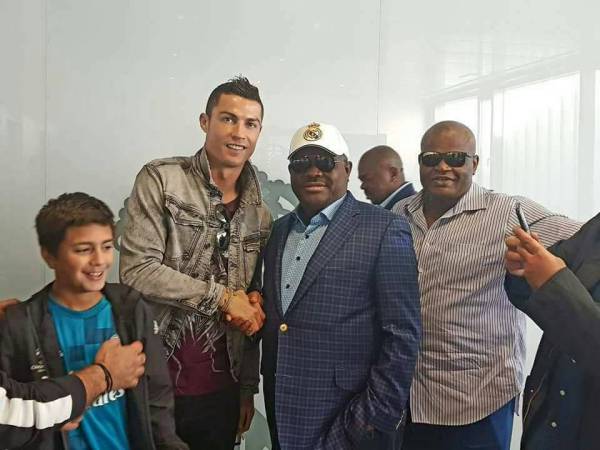 In a bid to develop the standard of football in Nigeria and Africa as a whole, the sport loving Governor of River state , Nyesom Ezenwo Wike during his visitation to Real Madrid President, Florentino Pérez in Spain, declared that the Real Madrid Academy in Port Harcourt has already received over 1500 applications for admission into the Academy from across the country.
Addressing journalists after returning to the state on Thursday from Madrid, Spain where he signed a ratification agreement for the Academy with the Real Madrid Foundation, Governor Wike said with all the preliminary processes concluded, full academic and sporting activities will commence at the Academy.
“Yesterday, we were with the President of Real Madrid Football Club, Florentino Perez and he assured us of total support in the actualization of this vision of developing the best Academy in Africa. He also expressed happiness that we satisfied all the required conditions for setting up the Academy.”
Wike expressed delight that the Real Madrid Academy has become a reality, with a full partnership between the Rivers State Government and Real Madrid Foundation.
Governor Wike noted that Rivers people deserve the best and his administration remains committed to giving them the best.
“We were in Madrid to ratify our agreement with Real Madrid Foundation as to the setting up of Real Madrid Academy in Port Harcourt. To the glory of God, everyone watched it all over the world that Real Madrid Academy is now a reality.
He stressed further that the focus is not only on Football, but there will also be the Basketball aspect. “Our people deserve the best. Whatever we can give our people to ensure that they actualize their potentials, this Government will do”, he said.
The Governor scooped that the establishment of Real Madrid Academy has placed Rivers State on the global football map. He said all Rivers people should continue to work for the growth of the state.

Golden Eaglet’s Said hat-trick qualifies team into round 16 of U-17 world cup.