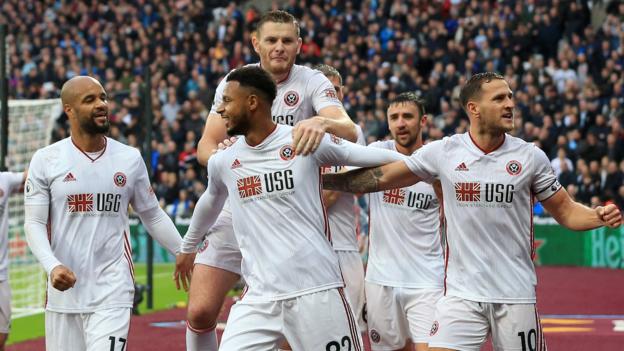 Lys Mousset’s secind goal gave Sheffield United a 1-1 draw against West Ham United on Saturday, enough to move the newly-promoted side to seventh in the Premier League. In the build up to play, Robert Snodgrass slid the ball into the net after being picked out by Andriy Yarmalenko with an incisive pass at the nick of halftime, giving the hosts the lead, with the Hammers winless in their last nine October Premier League matches prior to Saturday’s encounter at London Stadium. The pressure of the record seemed to have gotten West Ham as the visitors had series of chances to equalise before Mousset sneaked the ball home from a tight angle in the 69th minute. West Ham as well had plenty of chances to seal the game but they could not find a way past Sheffield United’s in-form goalkeeper Dean Henderson. The result means that the visitors are now unbeaten in their last three games, and the hammers without a win in their last five games in all competitions.

How to Be a Billionaire – Without stressing Too much