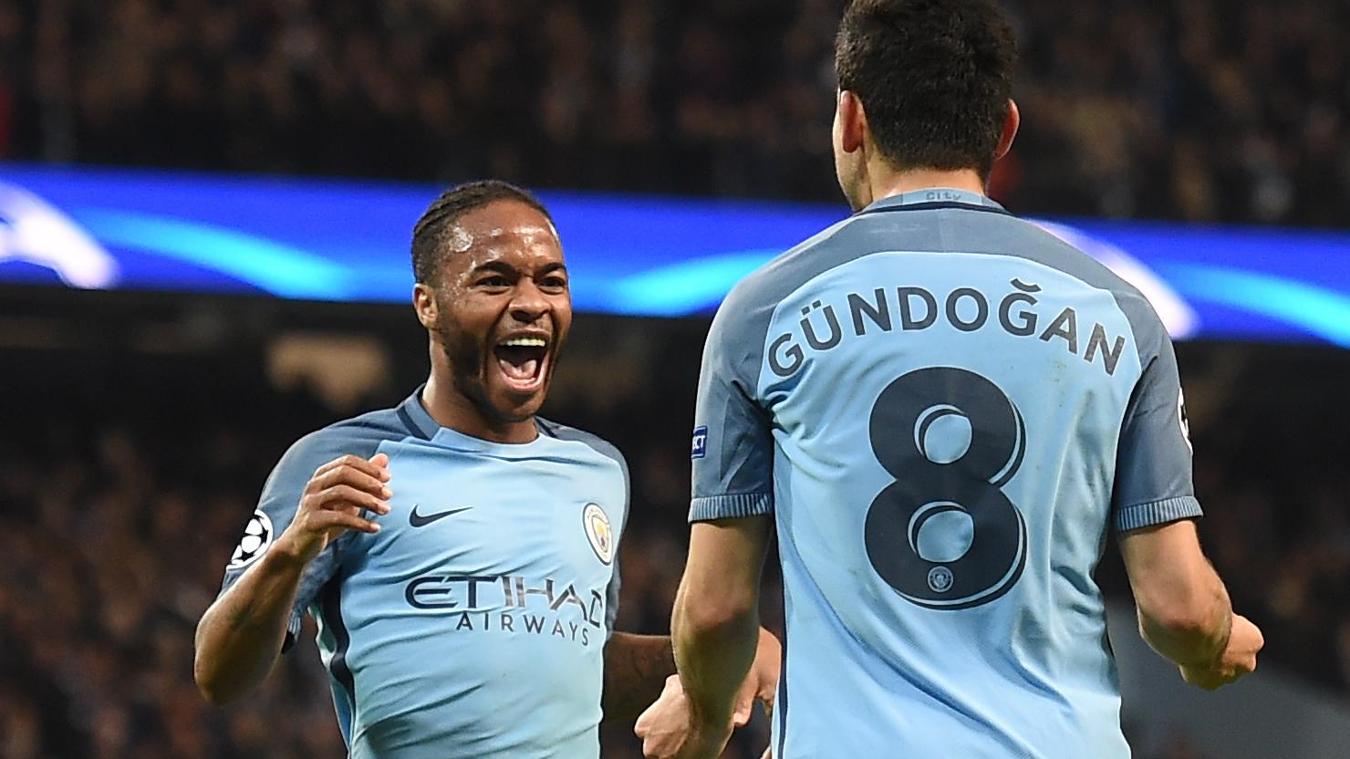 Raheem Sterling has improved his clinical finishings under Pep Guardiola and from recent performances looks destined to perfect them.

The England international could become the best player in the world, according to teammate Ilkay Gundogan.
The England forward has been in impressife form this season with a combined performance of 11 assists and 17 goals for both club and country.

His midweek classic hat-trick in the
Champions League with the crucial opening goal of City’s 3-0 victory over Aston Villa on Saturday are recent proofs.

Gundogan who also scored against the Villans believes that Sterling can be listed among the best attackers in the world of football, and is even getting better weekly.

“He is among the five best attacking players in the world, definitely,” the Ex-Dortmund star said.

“Just now it’s about consistency but he has shown in the last 12 to 18 months that he is able to be that consistent. And if he can continue like that, he can be on the top.”

City boss Pep Guardiola was also full of praise for the England international stating that Sterling set the tempo in City’s victory over Villa.