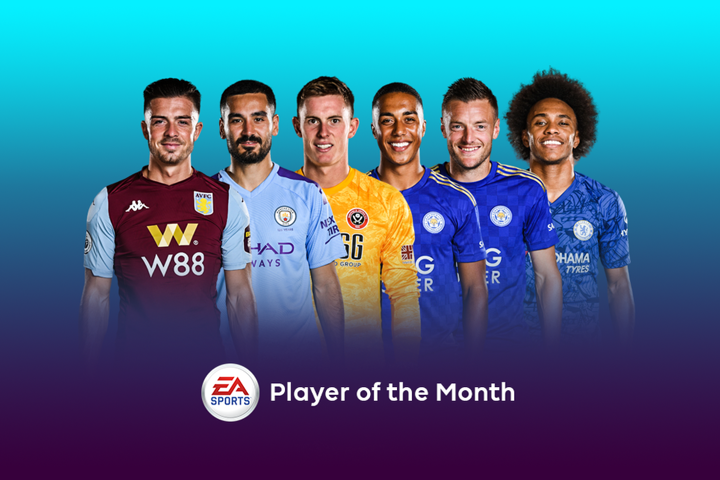 The nominees for the EA Sports’ Player of the Month of October has been announced by the premier league. The list includes Leicester’s duo Jamie Vardy and Youri Tielemans, who join Jack Grealish, Ilkay Gundogan, Dean Henderson and Willian on the six player shortlist.
Analysts aren’t surprised in seeing the nomination list dominated by Leicester City going by the impressive run of first three games in the month of October, the highlight been their 9-0 thumping of Southampton.
It was a month that has them made their mark under a rejuvenated Brendan Rodgers saw them clearly state their aspirations and breaking into the top four.
In the heart of action has been the ever vibrant Jammie Vardy, whose account of four goals in two games saw him shoot to the top of the premier league’s top scorers.
Tielemans as well has proved his class in about good run of time especially against Southampton with a goal and an assist, while coming up with an important winner against the Clarets.
The month was equally a productive one for Aston Villa who won a couple of matches in their battle against relegation.

How To Launch A Mobile Marketing Campaign

Burkina Faso acknowledges calling for the withdrawal of French troops