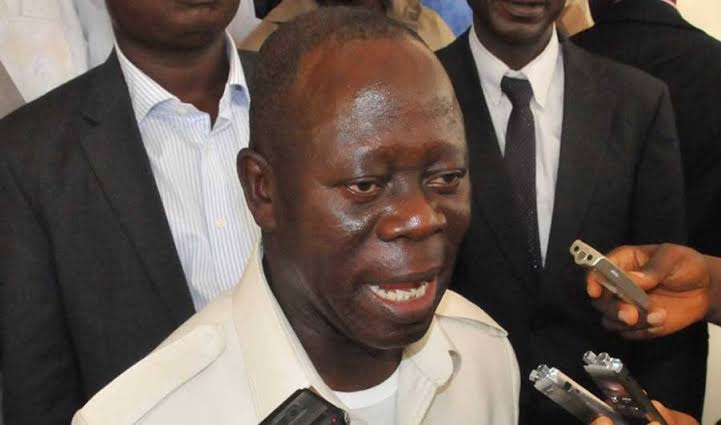 National chairman of the all progessive congress has told a delegation led by the deputy prime minister of Vietnam Vuong Dinh Hue, that the federal government would not reverse its policy on the closure of its borders with its neighbours and importation of rice. Speaking with pressmen after the closed-door meeting which lasted for more than two hours, Comrade Oshiomhole told newsmen that he told the Deputy Prime Minister of Vietnam and his team in clear terms that the decision would not be reversed. He said importation of food, particularly rice was bad for the economy. He said: “Nigerians should unanimously back the decision of the federal government to close the border until our neighbours try to respect the laws of fair and free trade. Nigeria must not and can’t be a dumping ground for imported food, imported rice and other smuggled chemicals and drugs from other countries. I think this is one policy that Nigerians across the party divide, across primordial sentiments, should salute the courage of President Muhammadu Buhari in closing down the borders. “For too long, Nigeria has been a big brother to our neighbours. Now, that big brother is hurting and hurting very, very badly. We must secure ourselves as in the way you board an aircraft that if oxygen fails, and they drop the mask, you help yourself before helping others. This is the moment. We must close the borders even if we do it for two, three years, it doesn’t matter. So that our neighbours will begin to respect the rules of international engagement and trade. “What has happened is that people relocate out of Nigeria, target Nigerian market, use our neighbours to compromise our own trade policies.