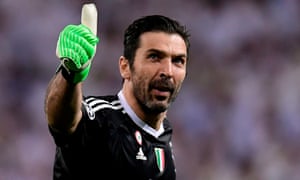 Legendary Italian goalkeeper, Gianluigi Buffon has revealed the reason for his return to the club he spent most of his career years.

The world cup winner left the Old Lady after spending 17-years at the club in the summer of 2018, joining the Ligue 1 giants Paris Saint Germain.

A year later and to the surprise of many, the former Italy international rejoined his old club on a one-year contract agreement.

While talking in an interview at Tiki Taka show as cited by Calciomercato.com, Buffon stated the reason for his home return to Italy and also highlighted the fact that he self-engineered the forceful move back to the Bianconeri.

Moses happy to be back in action.