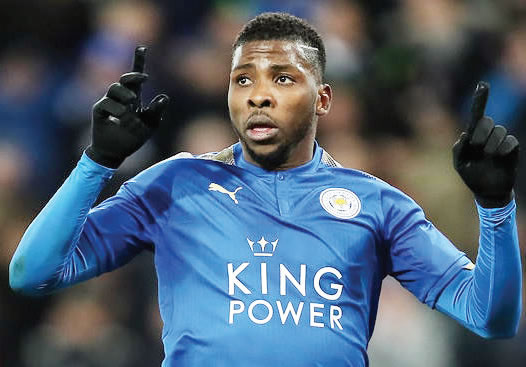 Kelechi Iheanacho maintained his impressive form in the competition as hos performance helped the Foxes get a quarter-final place recording a personal best in
Leicester City ’s 3-1 win in the English League against Burton Albion on Tuesday.
The Ex-City player put his side ahead before teammates Youri Tielemans and James Maddison sealed the victory against Nigel Clough’s men.
Liam Boyce got one back for the hosts,l which only served as a consolation with Brendan Rodgers’ side qualifying for the next round.
Despite this impressive form, the Nigerian is enduring a torrid time with the Foxes due to his inability to get regular playing time.
His goal against Burton will make Rodgers put hope in the Nigerian that he can continue with the goalscoring form as they look to getting a victory against Crystal Palace on Sunday.
Leicester City currently sitting third in the English top-flight log with 20 points after 10 games.