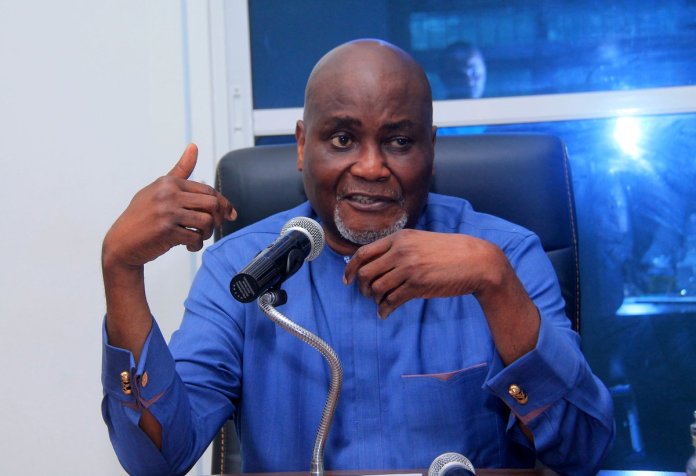 Under the first phase of the amnesty program, the Forum of Ex-Niger Delta Agitators called on the Federal Government led by President Muhammadu Buhari to examine the agreement signed in 2009 between the government and Niger Delta agitators.

Henry Bunudoudougha, National Vice President of the Forum of Ex-Agitators, made the call at a meeting in Calabar with Prof. Charles Dokubo, Coordinator of the Presidential Amnesty Programme.

He asked the government to provide the program’s beneficiaries with speedy training and empowerment.

He also urged the coordinator to address the removal of Ijaws who worked in the office and provide leadership training to all camp leaders outside the country.

The group’s spokesman, Comrade Opia Joshua, had previously reminded Prof Dokubo and his team that it was the late President Umaru Musa Yar’Adua’s proclamation of amnesty in 2009 that increased the production output of crude oil used to run Nigeria’s economy.

He claimed that there was an effort by civil servants and politicians to hijack the scheme that sent a bad signal to the recipients of the Niger Delta amnesty and that the situation should be handled holistically.

Opia urged the government to look at and implement the treaty signed in October 2009 by the ex-militant leaders and the Federal Government.

He also called on Prof. Dokubo to re-constitute the stakeholders’ department of the amnesty office to include camp members and nominate someone to act as a liaison between the office and the amnesty programme.

Prof. Dokubo thanked them for attending the meeting in response to their suggestions and promised to continue working with them.

He also thanked them for their patience and understanding and promised to take their suggestions into consideration.

According to a survey, UK Prime Minister Rishi Sunak could lose his own seat in the general election of 2024.