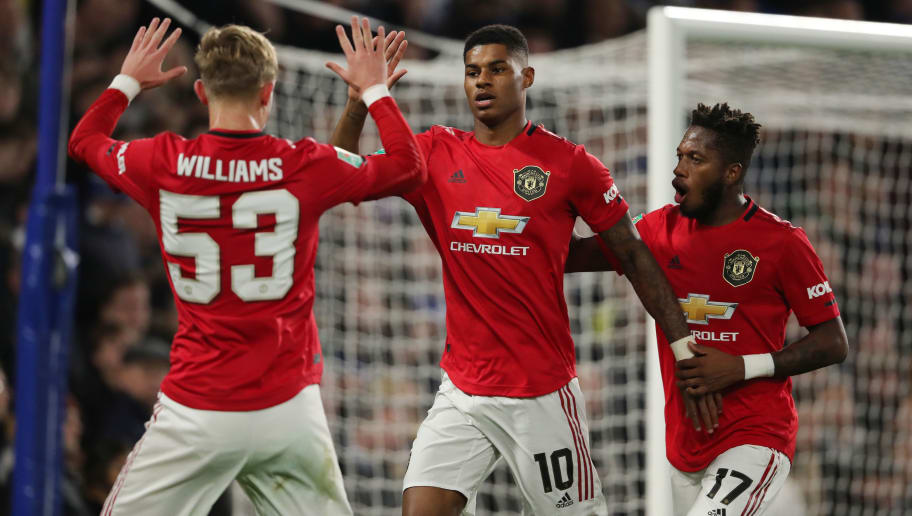 Manchester United boss Ole Gunnar Solskjaer was rewarded with a deserving victory after listing a strong eleven that beat Chelsea at Stamford Bridge in the English League Cup in their recent revival to victory.
Solskjaer made changes from the side that played over the weekend with just four players, while Chelsea manager Frank Lampard made six changes and it was five- time League Cup champions United who emerged victorious as they enjoyed a third successive victory.
Though Marcus Rashford missed a penalty in United’s victory at Norwich on Sunday, coach Solskjaer’s team took the lead from a well converted spot-kick in the 26 th minute at the Bridge.
Marcos Alonso brought down Daniel James gifting Rashford the opportunity to make amends for the weekend’s miss by sending Willy Caballero the wrong way from the spot to bag his sixth goal of the season.
Michy Batshuayi however equalised with a spectacular long range effort in the 61st minute, but Rashford’s superb 30 – yard free -kick sealed all maximum three points for United in the 73 rd minute .

Should You Consider Web Hosting–Europe