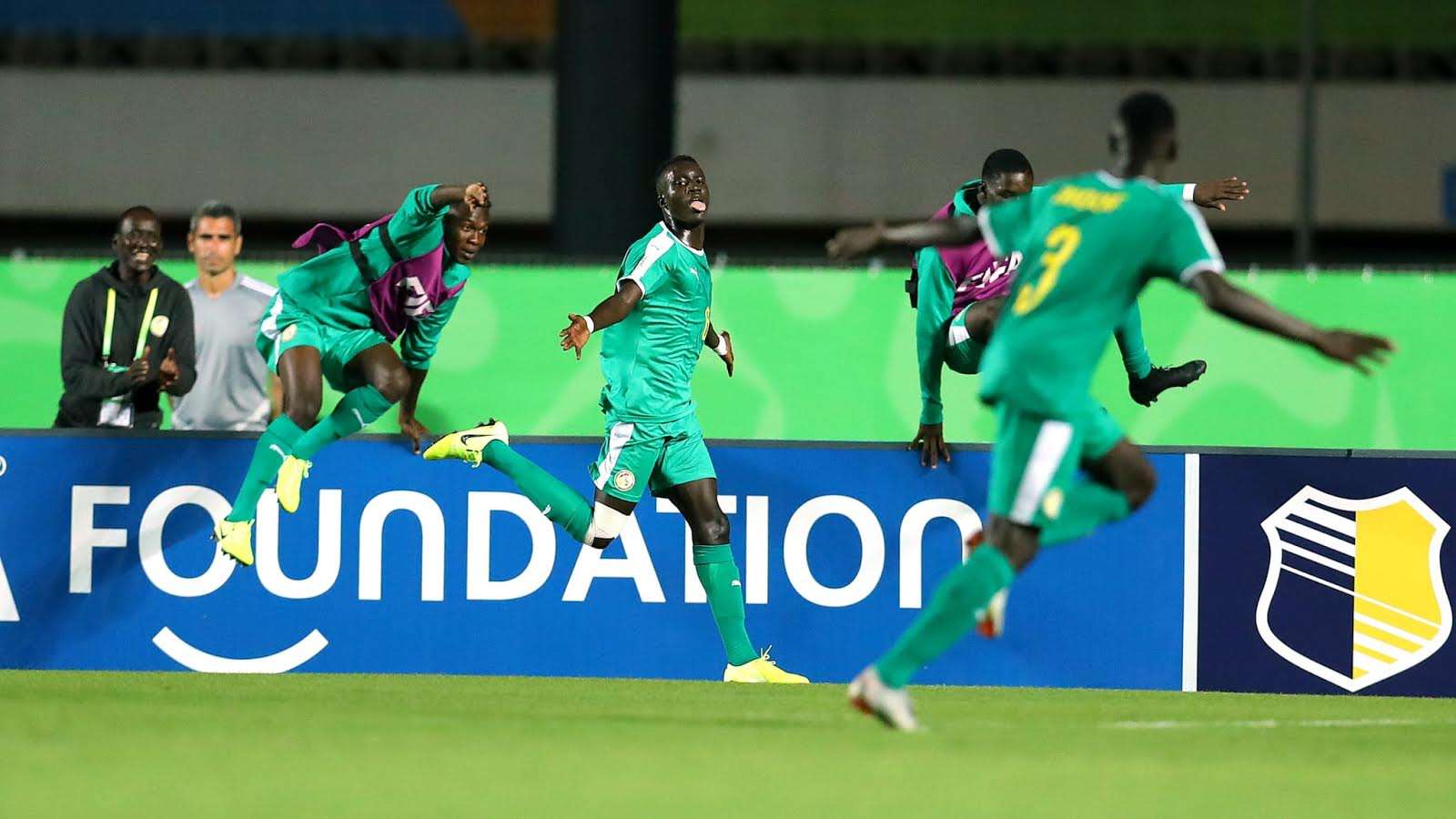 Senegal’s Young Teranga Lions have reached the Round of 16 of the on-going U-17 world cup in Brazil following another come back triumph.
Pape Sarr grabbed a second-half brace for the team and also and provided an assist to propel Senegal into the quarter finals following a 3-1 Group D victory over 10-men
Netherlands at Estadio Kleber Jose de Andrade in Cariacica, Brazil on Wednesday.
It was another victory for Senegal who three days earlier had overturn a one-goal deficit to thrash the United States of America (USA) 4-1 in their opening match.
On Wednesday, the Teranga Lion cubs who were making their first appearance at the U-17 World Cup first went down to a Naoufal Bannis goal 10 minutes into the match, before launching a dramatic second-half showing.
Senegal will now meet Japan in their final Group D game, while Netherlands face USA.