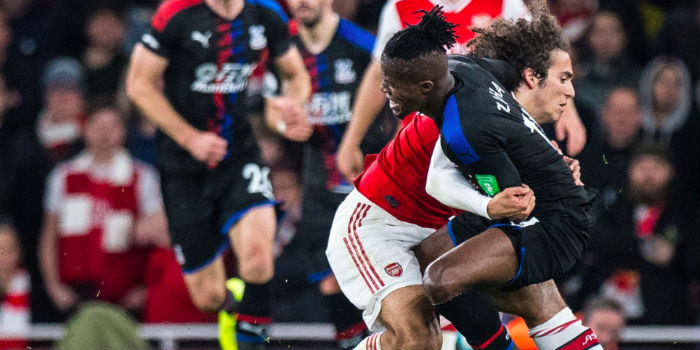 The young Arsenal player believes the foul against Zaha was necessary even though was penalized with a yellow card which prevented the Eagles from late winner at the Emirates stadium.

Arsenal were leading 2-0 in the opening 10 minutes of the game through goals from Sokratis and David Luiz.

However, for the second time so far in the season this season, they gave up the lead and ended up drawing 2-2, with Palace’s Luka Milivojevic converting a penalty and Jordan Ayew equalising before the match ended.

In the closing phase of the match, Palace forward Zaha had an opportunity to lead a counterattack but was brought down by Guendouzi, who grabbed him to the ground and picking up a yellow card, an action the French defender seemed to be proud of.

“I had to foul Zaha at the end, otherwise he is through on goal on his own,” Guendouzi told
Arsenal’s official website.”

“I’m the last defender but I’m far from our goal as well. I had to do it.”

Guendouzi added that it was not mental weakness that saw Arsenal give up their lead, adding that VAR’s calls of awarding Palace a penalty and disallowing what would have been a late, winning goal for Arsenal cost them the draw.