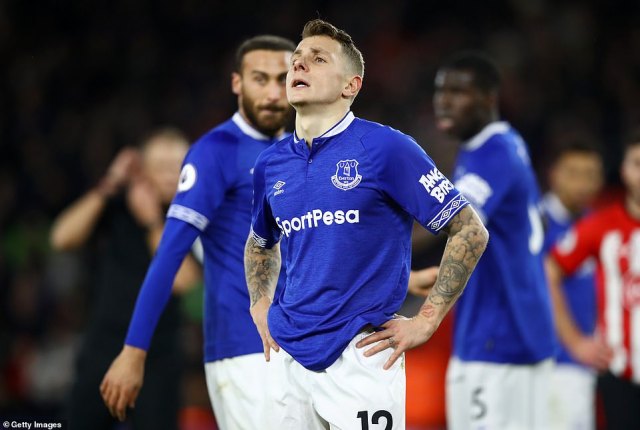 An own goal by Lucas Digne’s in stoppage time gave Brighton a dramatic comeback to give them a thrilling 3-2 win over Everton in their Premier League encounter on Saturday.

The Toffees who visited Brighton with one of the worst home records in the league soon found themselves behind.
Andre Gomes fouled Aaron Connolly giving Brighton a free kick on the edge of the area which Pascal Gross drove the ball through the right side of a porous defensive wall, and past keeper Jordan Pickford to open the score sheet in the 15th minute.

Soon after the lead, Brighton defender Adam Webster headed into his own net five minutes later. Dominic Calvert-Lewin came from the bench for the visitors in the 72nd minute and he put Everton ahead two minutes later by slotting the ball through the legs of keeper Mathew Ryan with his first touch.

Everton looked like securing their first away win of the season until Brighton’s forward Connolly was fouled in the box by Michael Keane.
The penalty confirmed by VAR gave the opportunity for Neal Maupay to smash the spot-kick into the net making it 2-2.
The game looked destined for a stalemate until substitute Leandro Trossard made one final raid up the left flank.

and a dangerous ball across the face of goal in which Digne turned into his own net to give the home side a dramatic late winner, leaving Everton’s goal-scorer Calvert-Lewin looking angry at his team’s inability to hold on in a game that they had dominated for long periods.

Tension between Rwanda and the DRC grows over a partially damaged Congolese fighter plane.