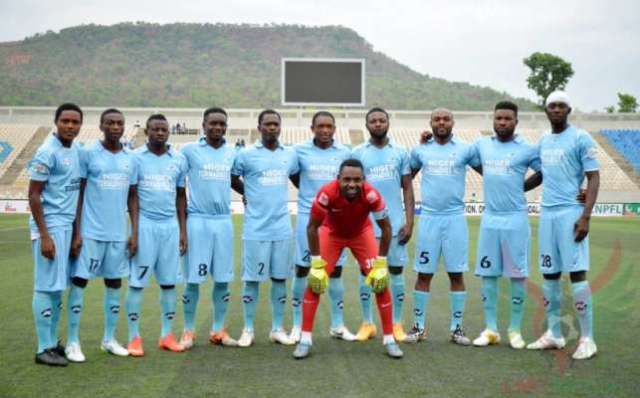 Niger Tonadoes football club of Minna has had their management declared that plans have been put in place to return the club back to the Nigeria’s top flight league. The club’s Chairman, Alhaji Adamu Aliyu declared this in Minna during while granting an interview with the News Agency of Nigeria (NAN). The chairman promised that at the end of the 2019/2020 season, the club would be returned to the Nigerian Professional Football League (NPFL) after being relegated at the end of the 2018/2019 season. “We have recruited some of the best grade “A” players to make sure that we go back to the NPFL because that is where we belong. “Right now we have almost concluded our pre-season preparations and ready for the National league,’’ he said. Alhaji Aliyu also mentioned that the team’s management had put certain incentives in place to ensure optimum performance by the players and techical crew. He added that the club had financial problems, but the state government in place was doing everything possible to provide needed financial support because of the determination to return to the premier league. The 2019/2020 NPFL is scheduled to commence on Nov. 3, while no date has been fixed for the National League which was initially scheduled to kick off the same November.

NCC Claims The Country Is Set For 5G Tech

Only one bank stock looks qualified to meet as financials gear up for earnings: Technical analyst